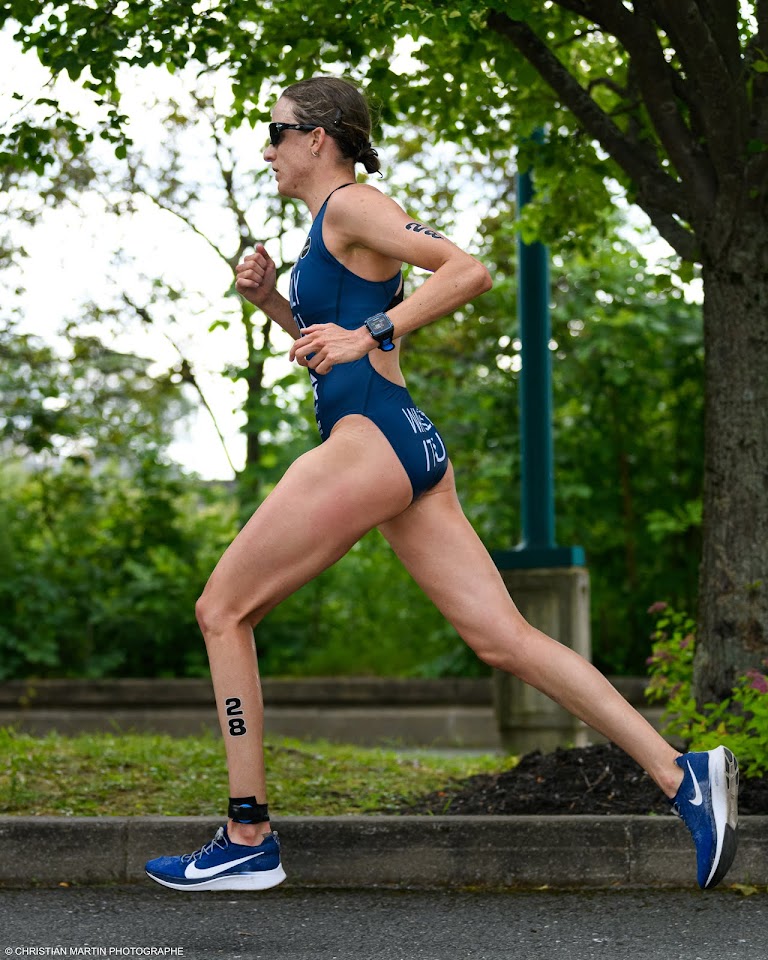 
I will begin by saying how proud I am of my team and our coaches, Dave Sheanin and Brad Seng for pulling out the win this year at the USAT Collegiate National Championships. It is incredible how Coach Dave was able to put this team back together and lead us to our 15th national title. It was a year of uncertainty for the team, as Dave would consistently remind us that "champions adapt."


The draft legal race started as planned as I had managed to stick with my teammate, Bryn Morales, on the swim and we had a nice pack to work with on the bike. The plan fell apart when I began to feel nauseous 2 laps in and started to have some difficulty breathing. I had a bad feeling about this, given the week leading into the event I struggled with a virus plus I began to regret my decision of eating pizza the night before a race (which I have never done before, oops!). I spent majority of the run coughing up mucus and trying to keep down my breakfast, falling out of contention for a top 10 finish. What I won't forget was the support of my CU teammates, and PEAK teammate Max Bennet (who cheered me on even after having pulled out of his race, due to severe illness, pneumonia). I remember Coach Dave and Coach Brad telling me to slow down on the run, which I've never been told before...I must have looked pretty ugly :p

I have never felt so unwell during a race;  I was competing against my own mind and I knew I had to directly face that; my competition no longer existed for my focus was set on simply finishing and ending the discomfort I was in. I crossed the finish line in 16th place and the emotions spilled out as I was mentally a bit depleted. The fact is I did what was needed for the team and I executed the plan the best I could under the circumstances. Sometimes there are times like that when you simply need to "get it done."

I recovered hard and went into the olympic distance race feeling good, but once the race started I could definitely feel that my body was not as strong as I had hoped it to be...

I remember writing my race report for Collegiate Nationals last year, and it being very different from this one as it was only my 3rd olympic distance race and I was such a newbie, eager to learn more about the sport,  thrilled just to cross the finish line. I write my report this year, having a little more experience under my belt. I finished 69th overall last year and improved to 38th place this year, dropping 9 minutes off my overall time, and although this is a drastic improvement, I felt disappointed in my results...

What I realize from this is that sometimes my perspective can be skewed, and being the perfectionist I am, I truly believed that with 7 weeks of "perfect" training I could have the race of my life. The truth is, it doesn't work like that in sports. Looking back, I was trying to squeeze an entire winter's worth of training into a 7 week period and thats a lot for the body and mind to handle, no matter who you are. I was simply being too hard on myself, exhausting myself mentally and physically. If one were to look at it scientifically or from a coaching standpoint, I did great relative to the amount of training I put forth in preparing for this event! A 9 minute improvement is unheard of!

Less than two months ago I was dealing with a thrown out back and plantar fasciatis, lucky enough to get it in both feet!! (which had returned from the fall season); I was basically on bed-rest for 10 days for my back, taking celebrex (a muscle relaxant)  since the pain was so sharp and I hadn't run in months; we found out from an MRI I had a bulging disc. I experienced chronic pain for a few weeks. The upcoming season was questionable. I found a new team of people to work with in Boulder for rehabilitation including a chiropractor and run specialist, who continue to back me (no pun intended :) ) I also started working with Brad Seng and Max Muscle Nutrition on a focused nutrition plan. I have gained 7 pounds of muscle since starting the plan and my body feels the strongest it has felt. I'm ready to train hard now, so time to build up the speed!

Reflecting back, I think it was more important how I raced rather than the position I came in. Despite knowing that I wasn't in contention for a notable finish, I raced with heart and gave it my all with a sprint finish; I unfortunately lost it, yet I gave the crowd and my teammates a show! It is those with heart who pull through in the long-run.

I will not lie to say that I have not ruminated about all that I should've done differently, but I will also note that I am not one to give up. I have never given up, and I do learn from my mistakes. I will not make the same mistakes I made last winter again.

What I have taken away from this is that I do have the ability to race back to back relatively strong, and that my body has finally built itself up so that I can start to train consistently for the first time since I started this sport almost two years ago. Consistency breeds confidence, and this confidence will be critical leading into some bigger events I have planned for the summer. Instead of looking back and analyzing all that went wrong, I choose to look ahead optimistically at the yellow lines on the road of opportunity before me; as I will furiously pedal alongside the sunflowers that line the road, speaking to me "you can do it." 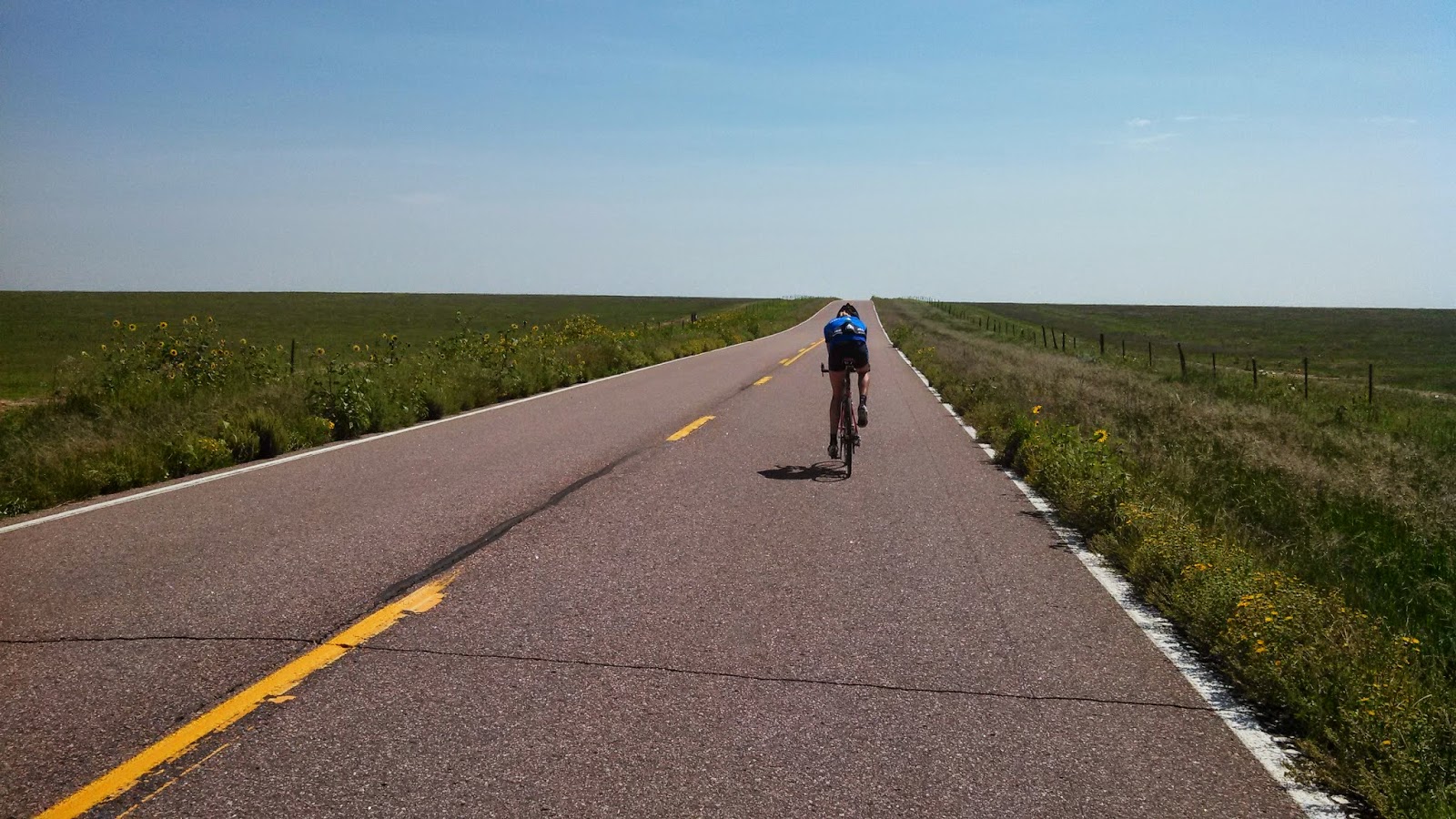